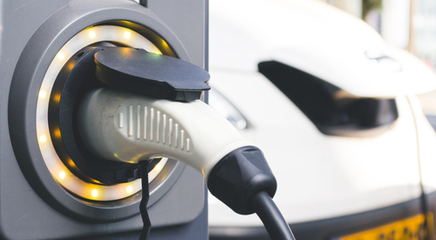 During the summer of 2019 legislation requiring a 100% net reduction of 1990’s greenhouse gas levels by 2050 passed through parliament, and with more than one-quarter of the UKs carbon emissions caused by transport, it immediately became clear that electric vehicles would form part of the solution.

Although there has been a certain amount of resistance to the idea among van fleet managers, there is increased acceptance that electric vehicles not only make environmental sense, they also make practical economic sense from many perspectives, including those that relate to van insurance.

For example, although many fleet managers expressed concern that electric vans would not have the necessary mileage capability to cover the territory of most fleets, figures from the Department for Transport reveal that on most days half of all UK vans don’t stray further than 15 miles from their base location.  Moreover, recent experiences of Covid-19 have further strengthened the argument for electric vans, with multiple studies indicating that pollution levels play a significant role in affecting a person’s chances of becoming seriously ill with the disease.

No surprise that electric fleets are increasing

Perhaps we should not be surprised then that electric vans are becoming increasingly popular. According to Activa Contracts electric vehicles have accounted for one in three (35%) fleet orders made in 2020, with “green conscious” businesses, fleet managers and consumers a major factor in this growth.  Furthermore, it is likely that as green technologies develop they will become both more efficient and more affordable.

For example, at the moment some fleet managers have concerns about the van insurance claim implications of costly electric parts; given time, it is likely that these will become less and less of a concern.

Lastly, as green charging points become more widespread across the country, another barrier to electric commercial vehicle fleets is rapidly being removed.

iVan can help you ensure that your fleet is protected with quality and competitively-priced fleet van insurance. Get a quote with us today.