Iveco's Vision concept van has won the  European Transport Prize for Sustainability 2016 distribution vehicles category thanks to it's efforts to help provide sustainable innovations towards the transport sector. 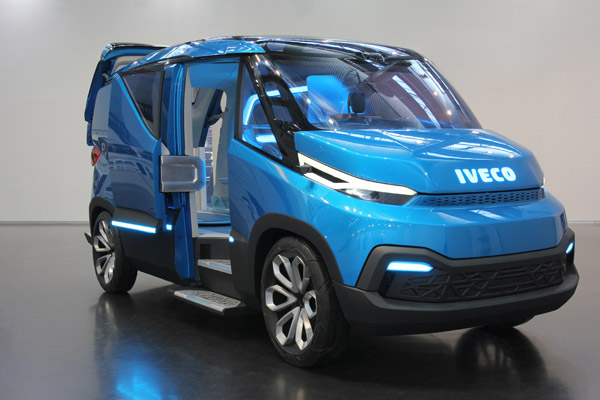 The concept vehicle was unveiled at the 2014 Hanover commercial vehicle show and is a working prototype developed by CNH Industrial's design and innovation department, also involved was Iveco's team and international logistics operator DHL.

Accepting the award was Alessandro Bernardini, head of Iveco Truck and Bus innovation who received the award from the Huss-Medien Group who are one of the largest independent specialist publishers in Germany.

Iveco developed a sophisticated dual energy system which helps to minimise environmental impact, this dual energy system is named after it's ability to self-adapt to the most suitable traction mode; one is electric thus ensuring zero tailpipe emissions and low noise (useful for when driving in inner city locations), the other system is hybrid (thermoelectrical) and is more suited for longer journeys - this offers a reduced consumption and up to 25 per cent lower CO2 emissions when compared with diesel-only equivalents.

There are other unique features that his concept van exhibit such a 'see-through' front pillars, thus guaranteeing unrestricted driver visibility. You'll also find a state-of-the-art rear-view camera that displays onto a panoramic screen situated above the windscreen.

Iveco have also fitted the Vision concept with a photovoltaic roof which uses sunlight to generate battery power. Another useful feature is the Vision's ability to automatically adjust it's tyre pressure according to how much weight its carrying, this helps to improve road-holding and fuel efficiency.

While the Vision is a prototype much of the technology being shown in it is close to production.