The Riversimple hydrogen van concept has been revealed. 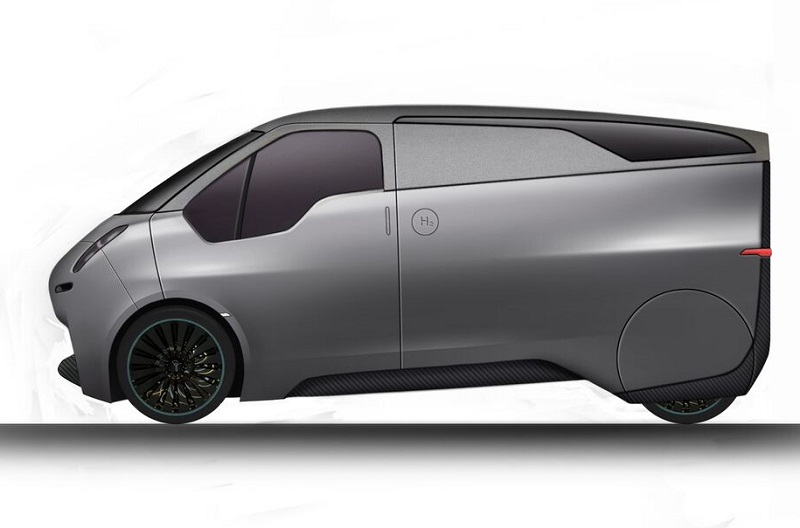 Riversimple's new concept uses the same hydrogen powered fuel cell as the recently announced Riversimple Rasa hydrogen car, the benefit of this is that the only emission that the vehicle makes is water from it's tailpipe.

The new commercial vehicle is ideal for those who regularly drive in urban environments, and areas where air quality restrictions may be in place.

Recent reports state that as many as 40,000 people die each year due to air pollution with a majority of the blame being directed towards diesel engines which could in future lead to restrictions on diesel run vehicles making deliveries in urban areas.

Riversimple's ownership model will be based on a leasing subscription wihich will cover a flat charge on mileage, fuel, insurance and maintenance costs. Up to 20 Riversimple hydrogen vans are to be leased to 20 delivery firms around a hydrogen outlet.

Both the new hydrogen van and Rasa hydrogen car were designed by Chris Reitz, who designed the popular Fiat 500 town car. The new vehicles will be built in mid-Wales and will feature aerodynamic carbon fibre panels produced in Norfolk.