Taking inspiration from both the T1 'Splitty' and the previous T5 models the Sixth Generation Transporter or 'T6' was announced at a show in Amsterdam earlier this year. 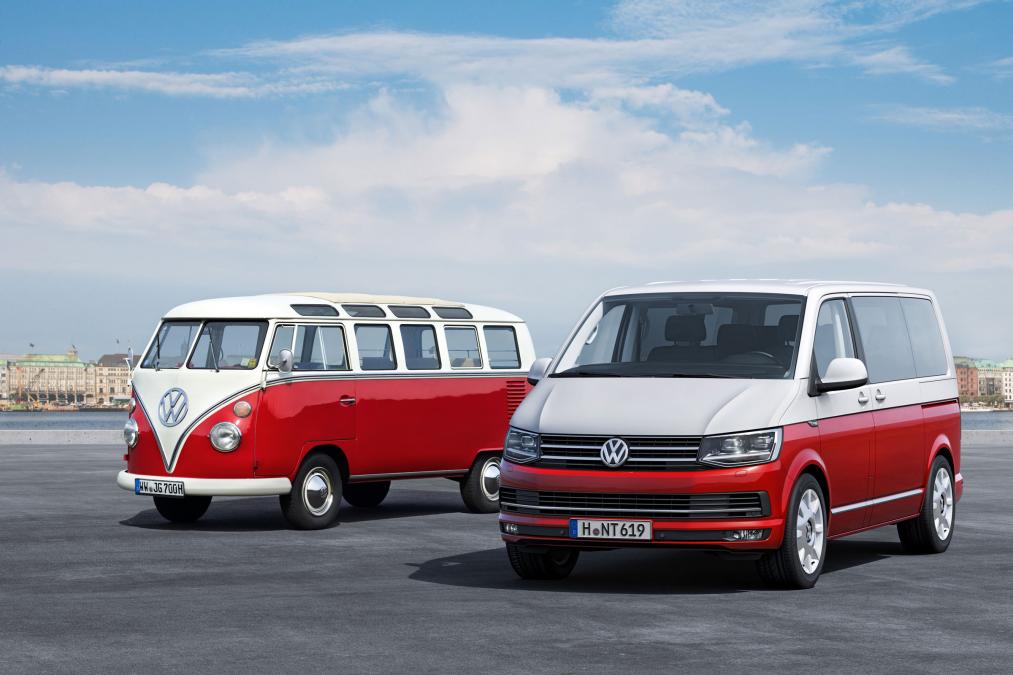 With the order books open since early July, and with the first arrivals due to land at Volkswagen Van Centres in September, the new generation Transporter has set chins wagging with the question of cost for the popular vehicle on the lips of many.

Despite being an entry-level vehicle the Startline packs in a lot of features as standard; making use of new safety features the Startline has Volkswagen's 'Post Collision Braking' system installed, a system that automatically applies the brakes should a collision occur, helping to reduce the risk of a secondary impact. Also included as standard is BlueMotion Technology, a DAB+ digital radio, Bluetooth and USB connectivity as well as a 5" touchscreen and infotainment system.

The Trendline has everything that the Startline has included as well as some additional extras; new wheel trims, a full-height steel bulkhead (on the panel van version), body-coloured bumpers as well as rear parking sensors. Also included as standard is the 'Comfort pack' that consists of additional noise suppression being fitted, foldable grab handles on A-pillars, extra storage compartments and dimmable cabin lights.

As the top of the range variant you'd expect the Highline to be packing in some impressive features and added extras, and you wouldn't be wrong. As well as boasting all the same extras that the Trendline is offering the Highline includes a heated windscreen, automatic driving light control, daytime running lights, a new multifunction leather steering wheel and 16-inch Clayton alloy wheels as standard.

When Volkswagen unveiled the sixth generation Transporter, they did so with the image you can see above, the new T6 sitting side-by-side with a classic T1 Split Screen both in two-tone paint.

Unfortunately after this reveal Volkswagen's UK PR department announced at the Amsterdam event that the UK was unlikely to see this variant reach it's shores.

Well it appears that Volkswagen Commercial Vehicles have had a rethink, and have now stated that they will be offering the T6 Generation Six limited edition in all of it's two-tone Candy White and Cherry Red painted glory after all! Huzzah!

While the details are scarce we do know that it will come equipped with a 2.0-litre TDI 150 PS engine and a DSG gearbox. A full specification and pricing for this limited edition will be announced separately.